Our Season at a Glance

We are delighted to welcome back Viv McLean to give our first concert of our new season and celebrate our return to live music making. This performance will be twenty years after Viv first performed for us. He was due to perform for us in our cancelled 2020-2021 season and has performed many times in Amersham as a soloist and as a member of an ensemble, including playing with Lawrence Power, the viola player and most recently with the Adderbury Ensemble.

Viv is a highly accomplished and experienced pianist and since winning First Prize at the Maria Canals Piano Competition in Barcelona in 2002 he has performed in all the major venues in the UK as well as throughout Europe, Japan, Australia and the USA. Viv’s concerto work includes appearances with the Royal Philharmonic Orchestra, Philharmonia Orchestra, London Philharmonic Orchestra, Halle Orchestra and many other orchestras.

Viv made his BBC Radio 3 recital debut through the BBC Radio 3 Young Artists Forum scheme and has also recorded for Classic FM, WDR Radio in Germany, Radio France, ABC Radio in Australia, NRK Radio in Norway and for the Sky Arts television channel. His commercial releases have included recordings for Sony, Naxos, Nimbus, RPO Records, ICSM Records, Harmony & Imagination Records and his most recent albums are a Chopin recital and a selection of live recordings for Stone Records. 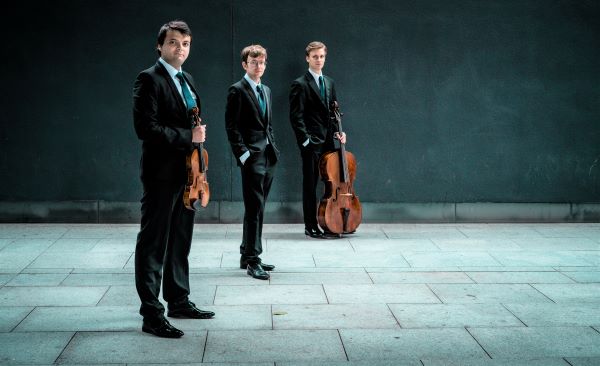 Praised for their ‘exquisite phrasing’, ‘full-blooded commitment’ and ‘bold, passionate colours’, the Mithras Trio is fast growing a reputation as one of the next generation’s most exciting piano trios.

Formed in 2017 at the Guildhall School of Music and Drama, they benefited from regular tuition with Matthew Jones, Carole Presland and Ursula Smith, and have also received coaching from András Keller, Caroline Palmer, Rolf Hind, David Dolan and the Endellion String Quartet. They have performed in masterclasses with Ralf Gothóni, Levon Chilingirian, the Takács, Danish and Emerson Quartets, and Alasdair Tait, and have undertaken residencies in Snape Maltings (Suffolk) and at the Schulich School of Music (Montréal) performing to professors including Isabel Charisius, Byørg Lewis, Kyoko Hashimoto and the St. Lawrence String Quartet.

They are currently members of the prestigious BBC New Generation Artists scheme, broadcasting regularly on BBC Radio 3, and won first prize at the 10th Trondheim International Chamber Music Competition, 67th Royal Over-Seas League Music Competition, Cavatina Intercollegiate Chamber Music Competition 2019 and the St. James Chamber Music Competition 2018, and in 2019 were recipients of the Royal Philharmonic Society Henderson Award. They have performed at many of London’s major venues, including Queen Elizabeth Hall, Purcell Room and Milton Court Concert Hall, as well as making regular appearances in festivals in the UK and Europe. They were selected as Kirckman Concert Society Young Artists for the 2019/2020 season, and are currently on the Countess of Munster Trust Recital Scheme.

They are also passionate exponents of contemporary music, having worked extensively with Helen Grime and Julian Philips, and gave the world première of a new piece by Péter Tornyai at the Solti Hall in Budapest, who dedicated the work to the Mithras Trio after working with them.

Event supported by the Countess of Munster Musical Trust.

A Celebration of the Centenary of the Birth Of Dennis Brain 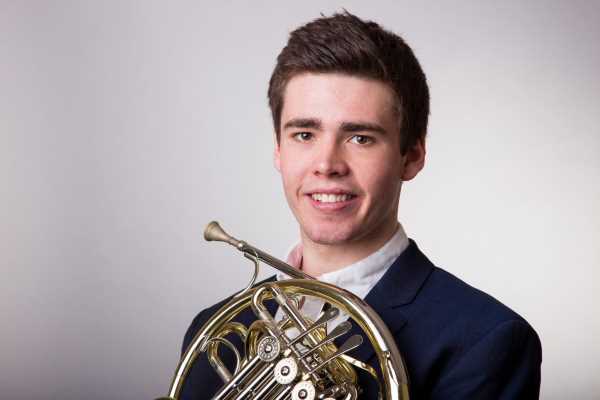 Dennis Brain is undoubtedly one of the most famous French Horn players of all time and one of the key players to popularise the Horn as a virtuosic instrument. 2021 is the centenary of his birth and these two exciting young musicians have put together a Horn and Piano recital celebrating his life. The programme includes some of the pieces Brain is renowned for, such as Beethoven’s Horn Sonata, Dukas’ Villanelle and Poulenc’s Élégie, which was written in memory of Dennis Brain.

London-based French Horn player Alexei Watkins graduated from the Royal Academy of Music with a Bachelor of Music Degree (First-Class Honours). During his time at the Academy, amongst other accolades, he was awarded the Dennis Brain Prize. As a soloist, Alexei has performed recitals extensively across the UK at venues including St John’s Smith Square, the Buxton International Festival, the Lincolnshire International Chamber Music Festival, Blackheath Halls, Hampton Court Palace, Southwark Cathedral and Charlton House, Greenwich. Recently he has performed the Britten Serenade for Tenor, Horn and Strings both in the UK and abroad as well as Mozart’s 3rd and 4th Horn Concertos. 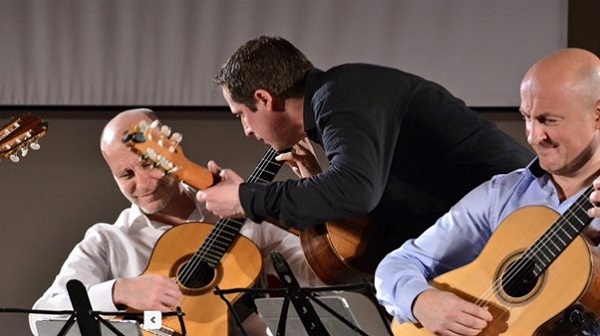 Please note the modified programme below:


Vida are a guitar quartet with the ability to “conjure up an orchestral palette of colour and effects” (Classic FM) combined with their “exquisite tonal and dynamic control”  which has firmly established them as a passionate and masterful ensemble. Their effortless sense of ensemble and their broad range of timbres and dynamics evokes “listening to an entire orchestra and not merely to four guitars. Thereʼs only one word for it: magic” (Gramophone).

Since forming in 2007, Vida has performed to critical acclaim in major UK, USA and European venues. They are sought-after festival artists throughout the UK and Europe and in 2011 Vida made their US debuts in Los Angeles (LMU Guitar Festival) and New York (Baruch Performing Arts Centre). In 2012 Vida were  artists in residence at CSU’s Summer Arts program in Monteray Bay California.

The Bachianas programme will feature the music of Bach as well as music inspired by Bach, including two new pieces especially commissioned for this project.  Vida released a Bachianas CD in 2017.

Potpourri Europa - A programme of music for Wind Quintet 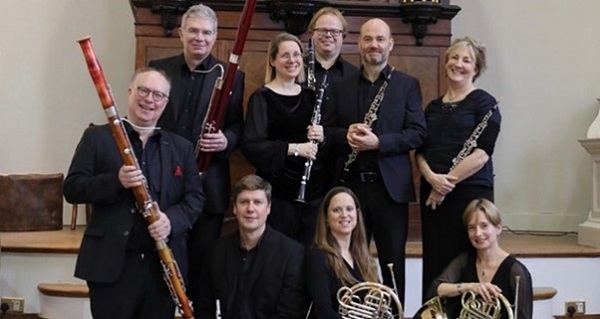 
The London Serenata is a new wind instrument group formed in 2019, although some of the artists are long term friends of the concert club.  After some very successful performances their music making was curtailed by the pandemic, and now they will be back to perform and entertain us.  The members of London Serenata are highly accomplished professional musicians and have been playing together for over twenty years as the wind section of Garsington Opera Orchestra. The ensemble itself was only born in 2019, when the orchestra was disbanded. Determined to continue playing together, these thirteen musicians took the opportunity to emerge from the opera pit as a concert ensemble, to branch out into new repertoire, and to share their music making with a wider audience.

Sign up for our newsletter to receive the latest news and event postings.